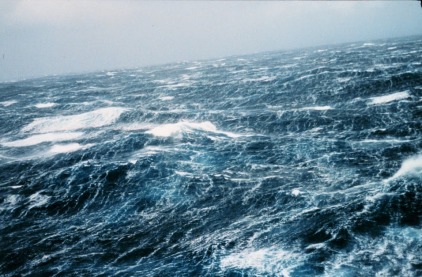 Genesis 7:11-12 tells us that the windows of heaven were opened and it rained upon the earth for forty days and nights. Verse 19 states that “the waters prevailed exceedingly upon the earth, and all the high hills under the whole heaven were covered.”

So where did all that water come from?  To begin with we know that the mountains before the flood were not nearly as large as the mountains are now. There is scientific evidence that our present mountain chains were formed at the end of the flood when the tectonic action was reshaping our planet. A simple proof of this lies in the fact that nearly 90% of the earth’s surface is made up of sedimentary bedrock, indicating that the earth was indeed covered with water at some time.
Proof that our present mountains were once at sea level is affirmed by the fact that fossils of sea creatures have been found on every mountain chain on earth.

In Genesis 1:6-10, we are told that God divided the waters of the earth. Half of the water He put above the sky and the other half he gathered to one place below the sky.

For this amount of water to stay aloft, it would have to be in the form of water vapor, possibly even extending out into space. As a vapor it would be transparent, allowing the sun, moon, and stars to shine through. It would have been much different than our thin atmosphere of today.
This vapor canopy would have had a profound effect on the earth’s climate and living conditions. It would have ensured a mild, warm climate with only minor seasonal and latitudinal changes. Many believe that all of this water acted as insulation around the earth and is what kept the pre-flood earth at a consistent temperature worldwide.

Geological evidence confirms the consistent temperature of the earth then. Fossils of tropical flora and fauna have been found on every part of the planet.

I deal with the proof of all this in my book, “Noah and the Great Flood: Proof and Effects.”

It is because of this large amount of water above the sky, that it was possible for it to rain for forty days and nights. The total amount of the water in our present atmosphere would only cover the earth with one inch of water.

In Genesis 7:11, we are told that the springs of the deep burst forth. These springs of the deep were a mystery until 1977 when scientists exploring the Galápagos Rift made a fascinating discovery—deep-sea hydrothermal vents. Since then a great many of these deep-sea springs have been discovered.

In (Genesis 7:24), we read that the water continued coming forth out of the earth for 150 days before God stopped the flow of water (Genesis 8:2).

Where did all that water come from that came out of the earth? A recent discovery may answer that question.

A recent study reveals that a hidden ocean lies some 400 miles beneath North America. This reservoir likely holds three times as much water than all the oceans combined. The discovery was reported on June 12, 2014, in the Journal Science. 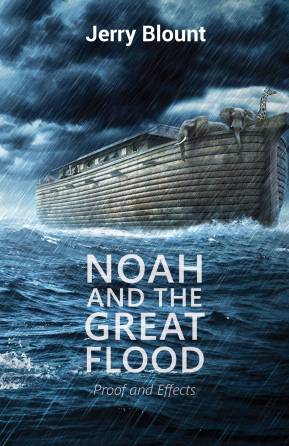 The apostle Peter said that in the last days, scoffers would deny God’s judgment by a worldwide flood. We see this happening even as evidence of the accuracy of the Bible keeps steadily mounting.

One thought on “The Worldwide Flood, Where did all the Water Come From?”