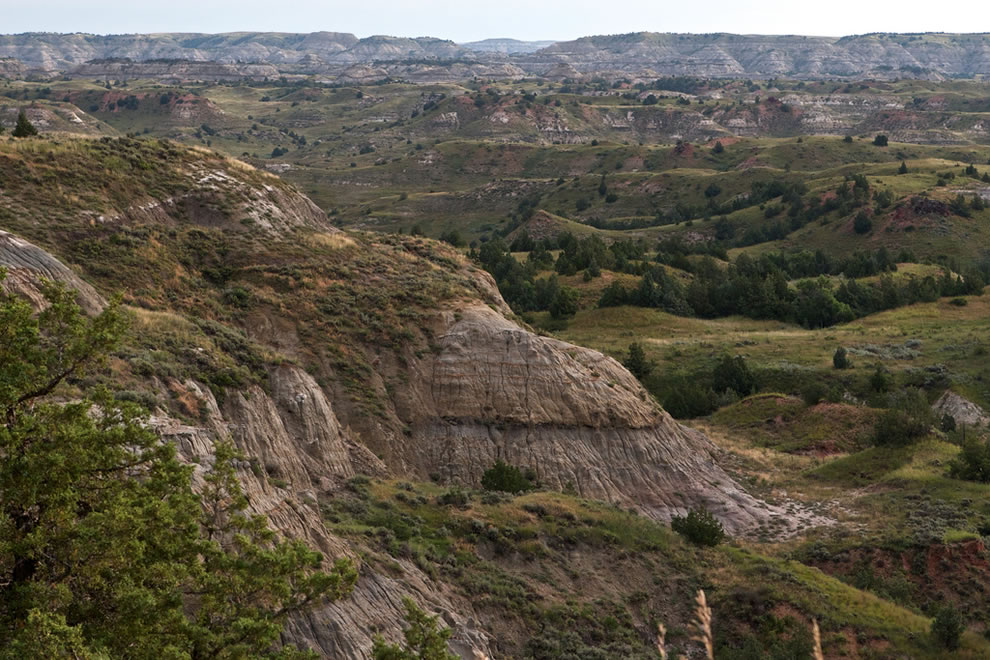 I left Belfield, North Dakota early in the morning and drove north on highway eighty-five. I had an extra day and planned to spend it exploring the north unit of the Roosevelt National Park. I had been past it several times and in the surrounding area, but never actually in the Park.

Today I planned to change that. There is a fourteen mile scenic drive that goes through the park. I drove about half way to the Caprock Coulee trailhead. According to the information sign there was a prairie dog town about one and half miles down one trail. It was still cool, so I decided to walk there and back.

A half hour later I was taking pictures of prairie dogs. The prairie dogs I had seen before were always very skittish. These were apparently more used to people and allowed me to take several close up pictures.