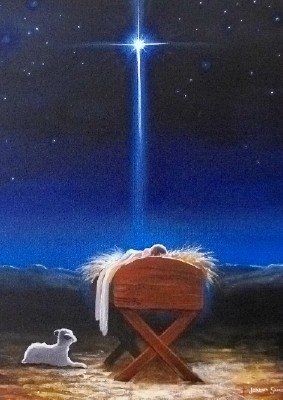 But what about the New Testament Gospels, can we believe the gospels about His life, crucifixion,  and resurrection? END_OF_DOCUMENT_TOKEN_TO_BE_REPLACED

The Shroud of Turin or Turin Shroud is a length of linen cloth bearing the image of a man who is alleged to be Jesus of Nazareth. The cloth itself is believed by some to be the burial shroud he was wrapped in when he was buried after the crucifixion. The shroud is kept in the royal chapel of the Cathedral of Saint John the Baptist in Turin, northern Italy.

The origins of the shroud and its images are the subject of intense debate among theologians, historians, and other researchers. Diverse arguments have been made in scientific and popular publications claiming to prove that the cloth is the authentic burial shroud of Jesus, based on disciplines ranging from chemistry to biology and medical forensics to optical image analysis. In 1988, radiocarbon dating tests dated a corner piece of the shroud from the Middle Ages. Certain shroud researchers have challenged the dating, arguing the results were skewed by the introduction of material from the Middle Ages to the portion of the shroud used for radiocarbon dating.

The image of the “Man of the Shroud” has a beard, mustache, and shoulder-length hair parted in the middle. He is muscular and tall (various experts have measured him as from 1.70 to 1.88 m or 5 ft 7 in. to 6 ft 2 in). Reddish-brown stains are found on the cloth, showing various wounds that, according to proponents, correlate with the yellowish image, the pathophysiology of crucifixion, and the Biblical description of the death of Jesus.

Forensic doctors have interpreted markings on the cloth as follows:

1. One wrist bears a large, round wound, apparently from piercing (the second wrist is hidden by the folding of the hands)
2. Upward gouge in the side penetrating into the thoracic cavity.
3. Small punctures around the forehead and scalp
4. Scores of linear wounds on the torso and legs.
5. Swelling of the face
6. Streams of blood down both arms END_OF_DOCUMENT_TOKEN_TO_BE_REPLACED