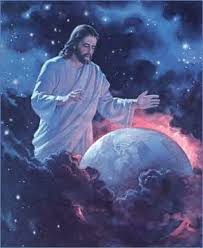 New scientific discoveries are pointing to a much younger earth. An Earth that is 6,000 to 10,000 years old. This post is the third and last in the series showing still more evidence for a young earth.

Cosmic Dust: There is a constant rate of cosmic dust particles entering the earth’s atmosphere from space and then settling to the earth’s surface. According to NASA, there are 200 million tons of dust coming to earth every year. If the earth were 4.6 billion years old as evolutionists claim, there would be a layer of meteoritic dust nearly a half mile in thickness over the entire world. The same would be true of the moon. In fact, one of the concerns before the moon landing was that the astronauts would sink into the dust upon landing on the moon. Of course, that didn’t happen, which speaks of a very young moon, earth, and universe.  (G.S. Hawkins, Ed., Meteor Orbits and Dust, published by NASA, 1976)

Evolutionists had long held to the fact that the earth and moon are about the same age. It is believed, by many, that the Earth and its moon are billions of years old. If that were true, the moon would by now have built up a 20-60 mile layer of dust on it! END_OF_DOCUMENT_TOKEN_TO_BE_REPLACED

New scientific discoveries are pointing to a much younger earth. One that is 6,000 to 10,000 years old. This is the second post in this series showing the evidence for a young earth.

The faint young sun paradox: The Sun derives energy by the thermonuclear conversion of hydrogen into helium. Over the Sun’s lifetime, the thermonuclear reactions would, according to theory, gradually change the composition of the core of the Sun and alter the Sun’s overall physical structure. Because of this process, the Sun would gradually grow brighter with age. Thus, if the Sun is indeed 4.6 billion years old, it should have brightened by nearly 40% over this time. This means that if billions of years were true, the sun would have been much fainter in the past. However, there is no evidence that the sun was fainter at any time in the earth’s history. Astronomers call this the ‘faint young sun paradox’, but it is no paradox at all if the sun is only as old as the Bible says—about 6,000 years.

Evolutionists believe that life appeared on the earth about 3.8 billion years ago. But if that timescale were true, the sun would be 25% brighter today than it was back then. This implies that the earth would have been frozen at an average temperature of –3ºC. However, most paleontologists believe that, if anything, the earth was warmer in the past. (Jonathan Sarfati, Our Steady Sun: A  Problem For Billions of Years) END_OF_DOCUMENT_TOKEN_TO_BE_REPLACED

Originally posted on Hope Shack:
This is Monica’s Story, linked below, and written in her own words.  Her battle is with depression and losing her Faith in the process.   What she found reveals that maybe it wasn’t the faith that she lost, rather the expectations…