reprinted from my book “Noah’s Flood, The Proof and Effects of It” (not published yet)

Did God create a mature earth?   Did God create a new earth, or did he create a mature earth. A mature earth would contain all the necessary minerals and elements including natural radiation, that scientists claim is the result of the combination of the breakdown of minerals over long periods of time. The rocks would show signs of age. Possibly there would even be coal and oil reserves. There would be salt reserves. The salt being deposited today in no way compares to the quality or amount that we have from a past era. We know that God created mature plant life. He did not simply create seeds and bulbs. The Bible tells us that he created the birds of the air. They were not eggs or baby birds unable to fly, they were full grown adult birds. We know that he created mature animals, as well as the fish in the seas. There is no mention in Genesis that there was anything created that was juvenile in nature. God created Adam and Eve as adults, with adult knowledge and abilities. The Bible seems to indicate that thirty is the time when a person becomes fully adult. This was the age that Jesus started preaching and it is the age when the human body is normally its strongest. The Levites were to be thirty years old to work in the temple. David and Saul were both thirty years of age when they became king. Joseph was thirty when Pharaoh put him in charge under him. If you were to meet Adam and Eve on the seventh day of creation, you would naturally assume that they were approximately thirty years old. However, you would be terribly mistaken for Adam and Eve would in reality only be one day old.

When God finished creating the heaven and earth and the universe, God looked at all that he had made and said it was very good. God had created the perfect environment for man to reside in, for he had created the earth and all that was in it for man. Therefore, God would have created a mature earth. An earth with all the necessary elements, not only for man’s survival, but also for his pleasure.

God created a earth that is rotating at the right speed to support life. An earth that has the correct amount of oxygen and hydrogen. The sun is the correct distance from the earth and the gravitational pull is compatible with man. If any of these were to change as little as five to ten percent, life would not be possible.

God did not create a faint sun, one that was all hydrogen and no helium, as a new sun would be. This would be out of character with his perfect creation. He would have created a mature sun with the right amount of helium to ensure that the climate on earth was pleasant for mankind.

Did God create the enormous coal, oil, and salt reserves, when he created the earth, knowing there would be a time in the future when man would need them? Think of the heat, electricity and other services that is possible because of the coal deposits. Even more important is the gas and oil reserves. Oil has made possible the automobile, aircraft, and so much more. Our lives would certainly not be the same or as easy without oil. Did a gracious God foresee our use for oil? If not, then the catastrophic events of the Flood would be the only other time since creation when such huge amounts of vegetation and marine animals could have been buried to create the abundance of coal and oil that our daily lives depend on.

We have no way to know what stage of development the earth was in when God created it. We do know that God said it was very good. Therefore it was the perfect environment for man. It was the perfect place for man to reside. I bring this up as simply food for thought. It is one of those things we will never know the answer to until we get to heaven. If God had wanted to create a mature earth, he certainly could have. He is the Omnipotent Creator and there is no limit to what he can do.

Reprint from my book “Noah’s Flood, the Proof and Effects of It.” (not yet published) 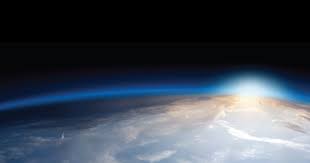 I know that this is a very controversial subject, but there is proof of a young world being published regularly, while nothing is being discovered that proves otherwise. The theory  that the earth is 4.5 billion years old relies on dating methods that are based on unproven assumptions. There is not space here, but I will deal with these in my book.

How Old is the Earth

How do we know from the Bible that the earth is 6000 years old? The Bible gives us a chronological and genealogical Biblical history of people and events beginning from the time of creation, throughout history. It is possible, by adjusting for the differences in calendrical systems, to figure the time from creation in Genesis to the year A.D. 1. We cannot set a precise time, since most of the time the Bible only lists the time in years, and does not include the months and days. However, we can know that the time of creation was between 3900 BC and 4200 BC, making the earth a little over 6000 years old.

The beginning of the earth when God created it was approximately 3924 B.C.

Regardless of one’s chronological interpretation of the scriptures. the fact is plain, that according to the Biblical record, the earth is a little over 6000 years.

Originally posted on Hope Shack:
I’m sharing Hanna’s Story, written in her own words.  She’s a teenage girl that wants to tell you her tale.    I’m so grateful for a God that continues to rescue us one by one.  – Christina Read on… Shared via:…

Originally posted on Hope Shack:
I’m resharing this story here for you to find, my friends, and you’ll soon learn why.  It’s another rescue story, a story of a Saviour that isn’t afraid to walk into the darkest trenches to call us by name.  …

Originally posted on Hope Shack:
Sometimes it seems like nobody could understand what we’re going through.  I get that.  You’ll soon see why I loved this piece.   Melanie shares how writing out our stories can bring others hope. “The thing about sharing our stories…

Originally posted on Hope Shack:
Not long ago, I was with my son Greg, fishing for Red Snapper in the Gulf of Mexico. My long time friend, Dave, and Greg’s friend John, were accompanying us. Snapper season had just opened and we were anxious to…

Originally posted on Hope Shack:
Not to long ago I was on my way up the driveway when I spotted this beautiful tree in the strangest place; it was growing in the center of a thorny Autumn Olive bush. I was so taken aback I… 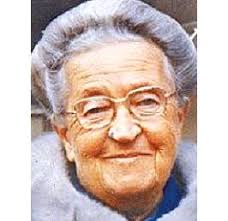 Corrie ten Boom wrote of a remarkable experience at the terrible Nazi Ravensbruck prison camp; “Together we entered the terrifying building. At a table were women who took away all our possessions. Everyone had to undress completely and then go to a room where her hair was checked.

I asked a woman who was busy checking the possessions of the new arrivals if I might use the toilet. She pointed to a door and I discovered that the convenience was nothing more than a hole in the shower room floor. Betsie stayed close beside me all the time. Suddenly I had an inspiration, “Quick, take off your woolen underwear,” I whispered to her. I rolled it up with mine and laid the bundle in a corner with my little Bible. The spot was alive with cockroaches, but I didn’t worry about that. I felt wonderfully relieved and happy. “The Lord is busy answering our prayers, Betsie,” I whispered, “We shall not have to make the sacrifice of all our clothes.”

We hurried back to the row of women waiting to be undressed. A little later, after we had had our showers and put on our shirts and shabby dresses, I hid the roll of underwear and my Bible under my dress. It did bulge out obviously through my dress; but I prayed, “Lord, cause now Thine angels to surround me; and let them not transparent today, for the guards must not see me.” I felt perfectly at ease. Calmly I passed the guards. Everyone was checked, from the front, the sides, the back. Not a bulge escaped the eyes of the guard. The woman just in front of me had hidden a woolen vest under her dress; it was taken from her. They let me pass, for they did not see me. Betsie, right behind me, was searched.

But outside awaited another danger. On each side of the door were women who looked everyone over for a second time. They felt over the body of each one who passed. I knew they would not see me, for the angels were surrounding me. I was not even surprised when they passed me by; but within me rose the jubilant cry, “O Lord, if Thou dost so answer prayer, I can face even Ravensbruck unafraid.”

Originally posted on Hope Shack:
“It’s a place I don’t want to ever go back to; a place of loneliness, depression, anxiety and that feeling of total worthlessness. It was a place characterized by fear. I was afraid of everything and everyone.” – excerpt from Paul’s…